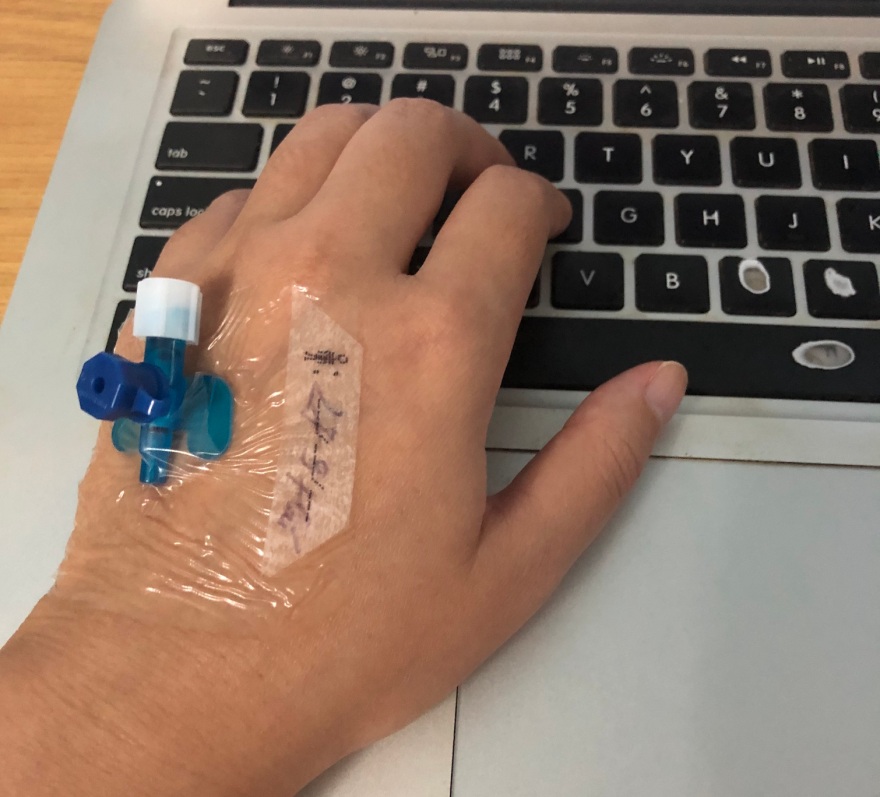 5am, fluorescent lights up. It’s breakfast time for my new neighbours who had ordered porridge the day before. All four of us wake as the brightness reflected by the white tiles that cover the room pierces through our eyelids. The one window to the outside world is shut, and painted over in white too.

We are patients in a hospital ward; strangers of different generations bonded through congested noses and ears that can barely hear.

In a far corner is the oldest patient, a woman in her 60s who constantly hears humming sounds in her head, as if someone was playing the drums. Amidst the internal chaos, as she lies affixed to an IV, her mind still wanders outside of the hospital white box to her neighbourhood, where she’s supposed to cast a vote for the next warden. “I need to be home to cast a vote,” she says to everyone patient enough to re-listen to the story. The nurses assure her, she can cancel her next dinner and breakfast to go home for the night and come back the morning after.

I don’t eat in the hospital. By 6am, i get out of bed, change out of the blue uniform with white stripes to shorts and a t-shirt to sneak out for a hot bowl of chicken pho. I do the same for lunch and dinner, for my house is just a short walk away. Home-made meals by mum that I take for granted are suddenly a luxury that only I can afford. I bet they are also the second best cure for my sinusitis, after intravenous antibiotics of course.

The woman in the bed to my right had a tonsillectomy. She hasn’t been able to speak nor eat solid food for two days. But she smiles. I’ve never been a talker, and hardly say a word all day in the hospital. Somehow, we bonded over our common silence, becoming best hospital buddies.

To my left is another woman. She is in her 50s with a headband to cover her painful ear. She’s been here longer than anyone of us as she awaits surgery. In the mornings, she goes through a meticulous skincare routine. And her lips manage to be perfectly crimson all day, every-single-day. I’m too shy to ask, but later I overhear that she had a lip blushing tattoo, and a nose job.

My silent hospital buddy eventually gets to go home. By the time we exchange goodbyes, her voice is back. Still, we just smile and wave.

In her place is a short woman with short hazel curly hair. She likes to talk and quickly becomes best buddies with the crimson lips woman despite the latter’s initial coldness. They chit chat all day from their beds, with me in the middle, lying down trying to finish a book. But all too often, I’m drawn to their stories instead.

Like where one can find the best sesame donuts in Hanoi.